Eating Meat Is A Major Cause Of Global Warming

The next time you sit down to a great big steak or stop into “Mickey J’s” to quickly appease your hunger… Bear in mind that the meat industry has now been linked to global warming in a major way. Becoming Vegan or cutting down on your own personal meat consumption could be the single most effective action that you can do to help reduce green house gas emissions.

I am not going to argue the health benefits of reducing your meat intake, as this is about the environment, but a recent study which adds new information to a study already undertaken by the U.N. states that reducing or stopping your meat intake will have significant health advantages for not only you, but also your Planet! 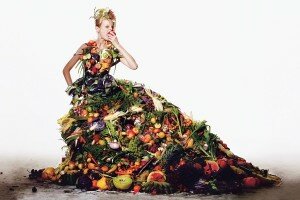 The Meat Industry is a Major Global Warmer!

A new study released yesterday suggests one of the major causes of global warming is the human consumption of cattle and other meat.

Meat for human consumption as opposed to fruit and vegetable production causes more chemicals released into the atmosphere which have global climate warming capabilities.

This study adds to information already known by the U.N. and to what global warming guru Al Gore have already stated. The United Nations’ Food and Agriculture Organizations have reported the meat industry is “one of the most significant contributors to today’s most serious environmental problems.” In Al Gore’s handbook, Live Earth, it says that not eating meat is the “single most effective thing you can do” to reduce your climate change impact.

Methane is reported to be more destructive to the Earth’s climate than Carbon Dioxide or Nitrous Oxide. Methane is put out by billions of cattle, chickens and pigs which would be in much smaller numbers if humans were not raising them for consumption on “factory farms.” According to yesterday’s study, if even half the Earth’s population began eating vegan, then the global warming threat would go away.

Methane has ten times the negative impact than Carbon Dioxide for the Earth, yet little attention is given to it.

Did you know that Methane is the big evil gas that could be destroying our Earth?

What are the alternatives to meat?

The farming of insects for consumption is already a major industry in some countries. Delicacies such as crickets and scorpions are already being served up on the dinner table along with salads and rice.

Would you eat insects just like Bear Grylls (Man vs Wild) if it came down to survival?

Should we be developing fish farming as a viable way of getting protein. Is protein over rated? Should we start looking for alternate sources of protein in our diets just for the sake of the planet?

Next post: Get The Truck Out Of Here! Canada Follows US Heavy Vehicle Laws